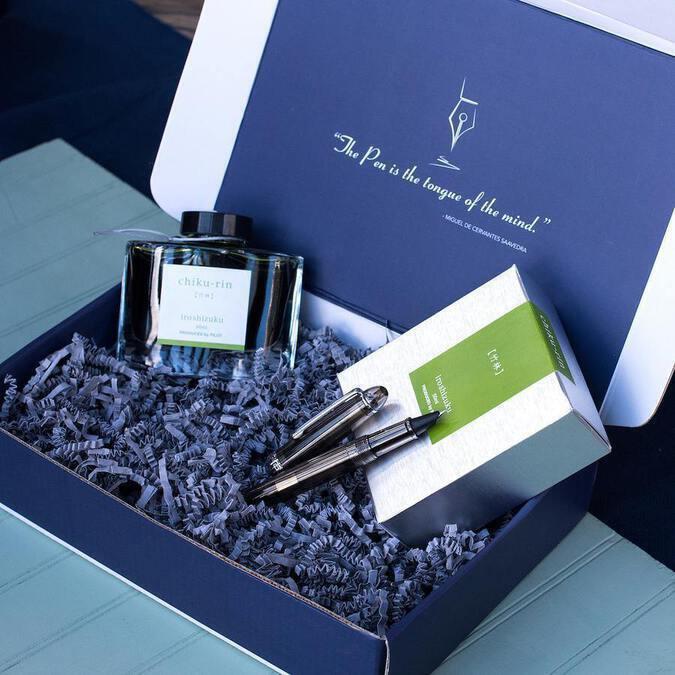 I have to admit that I love my fountain pens. It’s become so bad that my friends are now starting to give them to me as gifts. And in one case, my evangelism has led to a conversion and surpassing of the evangelist.

But this makes it sound like I buy pens and ink regularly. I don’t. I tend to have a single bottle of black ink and rotate which pen I’m using. That’s not to say I don’t have other inks I use. I do have one pen with blue ink in it thanks to a friend. But I tend to be boring with my selection.

Some of the rationales behind this plain decision are to eliminate the decision. By making a single choice, I don’t have to make a choice.

But I do like the idea of mixing it up. I don’t think I would like the research process of deciding what to buy, though. This is why I was intrigued when I discovered the Truphae Fountain Pen Monthly Box.

They have three levels of this monthly box. They make the choice. You do the using.

As I examined these boxes, I was left excited. This is a chance for me to explore outside my comfort zone without all the research!

But when I stop and think it through, I realize that saying yes to this box means I have decided to decide regularly. I would need to start making choice about what pens to use and what inks to put in them.

Do I want that? Sometimes. Do I want it all the time? No.

Again, I have a couple of colored inks I could use if I want. And I will use them on occasion. Just not every day.

But if you’re a penthusiast, go for it. This looks like an awesome idea.