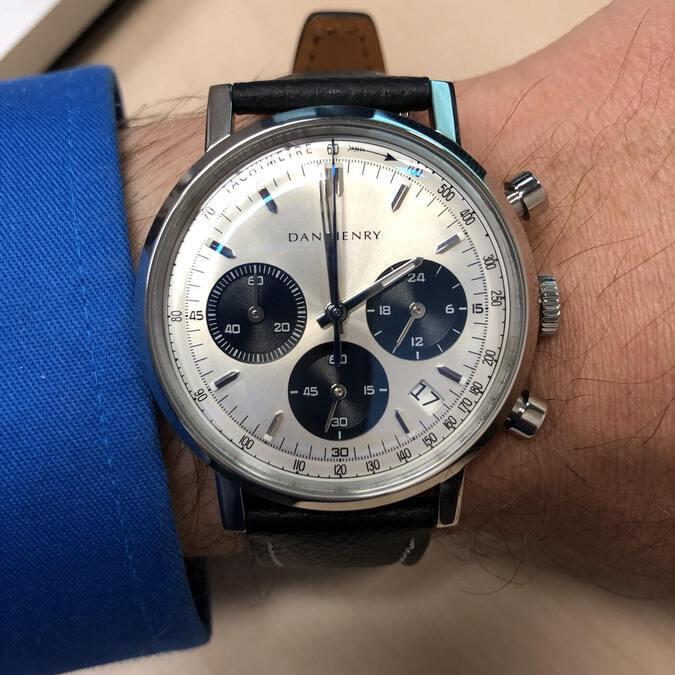 The term “analog productivity” generally comes with the assumption that we are talking about pen and paper and the associated methodology for using it to track our tasks and habits. But that shouldn’t be the case. Generally speaking, we use pen and paper because we need a break from the screens, we are more effective with it, or we simply like the feel of it. But those can all be justifications for the use of an old school chronograph over a smartwatch as well.

In my case, I have a Dan Henry 1964 Gran Turismo Chronograph (Panda version). When I first bought it six months ago, I mostly wanted a nice chronograph and this Dan Henry was the only one I found that I liked and wouldn’t make my wrist look like a twig. What I didn’t know was how much use I could get out of the chronograph feature.

If you’re unfamiliar with a chronograph, think of it as an analog version of a stopwatch. You start it with a physical button. You stop it with the same button. And you reset it with the other button. That’s it. But because it’s not a smartwatch, I don’t struggle with using it regularly and thinking I shouldn’t be on a screen yet again. Which means I use it all the time.

Whenever I start a somewhat long task (10 minutes or more), I start the chronograph. When I finish, I check the time and reset it for the next task. That’s it. What is interesting about this habit is that over time it teaches me how long things take and helps me estimate how long to dedicate to tasks I have completed before.

In some cases, I use this as a Pomodoro timer. No, it doesn’t set off an alarm or count down, but I don’t really want it to do so. If I end up in the zone, I take advantage and just keep going. But if I can’t get there and end up checking the time frequently, I go ahead and take the break when 20 minutes is up.

I find it interesting that a simple chronograph watch is slowly teaching me to be mindful of my time and where I spend it. Have you had a similar experience with an analog watch?